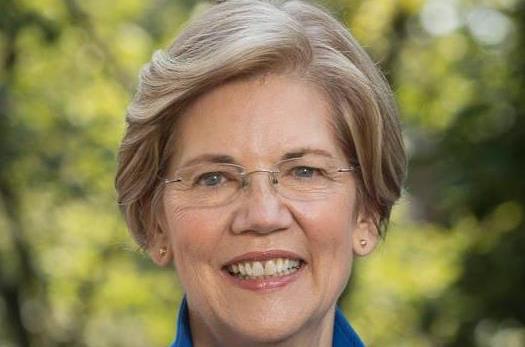 Sen. Elizabeth Warren’s got news that will be music to every student in debt’s ears: A proposal to get rid of student loan debt. The news comes ahead of a CNN town hall geared towards interests of young voters.

“Long before I ever came within a hundred miles of politics, I was a teacher. I just wanted every kid to get a chance to build something,” Warren wrote on Twitter. “That’s why I’ve fought so hard to end the student debt crisis & invest in opportunities for America’s young people.”

The 2020 presidential candidate’s proposal would cancel up to $50,000 in debt for people with an annual household income of under $100,000 (your average American). According to the Los Angeles Times, anything beyond that income threshold, “smaller amounts of debt would be canceled but no one with more than $250,000 in household income would be eligible.”

At issue is the top economic challenge for a key Democratic constituency — millennial voters, many of whom have gone to college and left school during a decade that has seen an explosion of student borrowing. Student loan debt has more than doubled, to about $1.5 trillion, over the last decade, according to a Federal Reserve report that found the trend has contributed to declining rates of homeownership among young adults.

“The time for half measures is over,” Warren says. “My broad cancellation plan is a real solution to our student debt crisis. It helps millions of families and removes a weight that’s holding back our economy.”

Long before I ever came within a hundred miles of politics, I was a teacher. I just wanted every kid to get a chance to build something. That’s why I’ve fought so hard to end the student debt crisis & invest in opportunities for America’s young people: https://t.co/V8exh6dt4W

According to BuzzFeed News, the cost of Warren debt relief program – an estimated $1.25 trillion – would be covered by some of the $2.75 trillion in revenue raised from the “wealth tax” she also proposed as she continues to distinguish herself among presidential candidates. Just last week, she became the first major candidate to call for impeachment proceedings against Trump after the Mueller Report was released.

Cynthia M. Eubanks explains purpose behind “Nobody Like the Lord” single and how it pertains to the direction of her forthcoming album due this Fall.