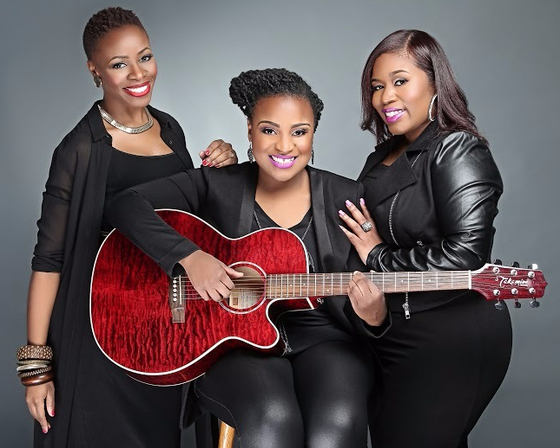 Congrats are in order for God’s Chosen who just joined the G.Favored Entertainment team.

via Benita Bellamy:
G.Favored Entertainment Group announces the signing of one of the most talented, gifted, and anointed rising female groups in Christian music – GOD’S CHOSEN.

“I have been a fan from the first time I heard the “Love Medley” from their debut project, LOVE EVER AFTER, and now they are members of the G.Favored family,” says Glyne Griffith, CEO of G.Favored Entertainment Group. “All I can say is Jeremiah 29:11! We look forward to encouraging, inspiring, and empowering the world through the ministry of GOD’S CHOSEN!”

Zebrina Anderson, NiKeisha Whittier, and Sarah Benibo are the three anointed voices of the St. Louis based trio God’s Chosen (GC3) who entered into Christian music in 2007 with their highly acclaimed “Love Medley” from their debut release LOVE EVER AFTER and followed up with a dynamic sophomore release 1 & 6 in 2013.

“As an independent artist, one of the greatest blessings is to have a team of people to help catapult you to the next level of professionalism, visibility, and ministry,” states God’s Chosen. “This is what we have in G. Favored Entertainment Group and we are so grateful!”

Under the continued management of C-Note Entertainment, the ladies will begin working on a new project for 2017 that will be released via G. Favored Entertainment Group in partnership with Dream Label Group and distribution through Capitol Christian.
As writers and arrangers, God’s Chosen ministers as firsthand witnesses of the gospel of Jesus Christ. Their unforgettable blend of harmony, soulful tones, and fusion of genres attract all age groups and demographics. It is their sincere desire to touch every heart, inspire the mind, and stir the soul of every listener. They are living testimonies of the faithfulness of God and will not relent until the whole world hears.

Peep their latest cover of “Great You Are Lord”:

A new series about Jesus’ life is coming in Spring 2019!