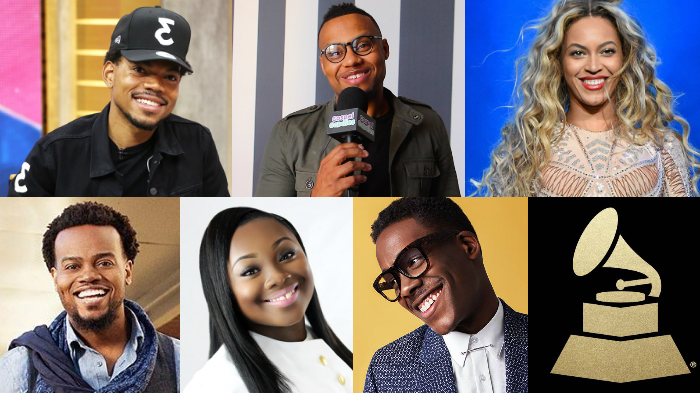 Gospel/inspirational or not, you have to know Beyonce and we can’t do a Grammy update without acknowleding the fact that she’s leading nominations this year with nine, totaling 62 Grammy nods in her career, and more than any other female artist. Ever. She already holds 20 Grammys and if she wins eight this go-around, she’ll exceed Alison Krauss’ record as the most-honored woman in Grammy history.

But all jokes and props aside, the 59th Annual Grammy Awards is a big one for Christian entertainers, too. Chance the Rapper, an indy artist who’s been very vocal about his faith in interviews and on his Coloring Book (2016) album, was nominated for seven awards. In gospel music, the legendary Shirley Caesar was nominated for her collab with Anthony Hamilton (“It’s Alright, It’s Ok”) and Todd Dulaney, Tim Bowman Jr. and Jekalyn Carr received their first Grammy nominations.

Check out who else was recognized below:

Best Roots Gospel Album
Better Together by Gaither Vocal Band
Nature’s Symphony in 432 by The Isaacs
Hymns by Joey+Rory
Hymns and Songs of Inspiration by Gordon Mote
God Don’t Neve Change: The Songs of Blind Willie Johnson by Various Artists

Lamont Sanders new single, “All That I Have (One God),” is an upbeat one fitting for the repeat button.