Notice: Trying to get property 'user_email' of non-object in /var/www/wp-content/plugins/slider-by-supsystic/src/SupsysticSlider/Core/Module.php on line 142
 Hillary Clinton Stops by the 2016 Stellar Awards (Video) 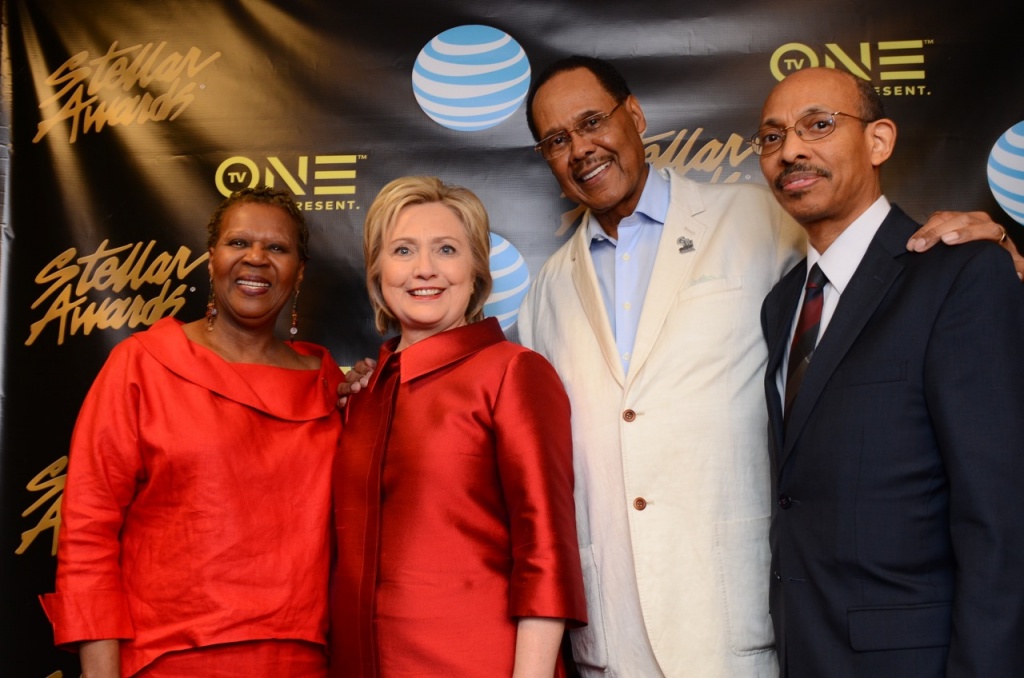 Democratic Presidential Candidate Hillary Clinton, who was in town for the Nevada Democratic Caucuses, dropped by the 31st Annual Stellar Awards Radio Awards in Las Vegas (Feb. 20, 2016) and shocked a mass when she got on stage.

“I know this is the day the Lord has made. Let us rejoice and sing in it,” she said. And, not sure whether or not her word choice of “sing” was intentional, but that was smooth.

RELATED: What Happens Behind the Scenes at the Stellar Awards? [Photos]

Singers, athletes and other entertainers alike gather in Atlanta to celebrate faith and football.