James Fortune was involved in a multi-car accident on January 4 when a drunk driver ran into him, causing his to crash into someone else.

The news was announced on his social media pages where a rep for the singer called for prayers under a photo of Fortune in a neck brace. 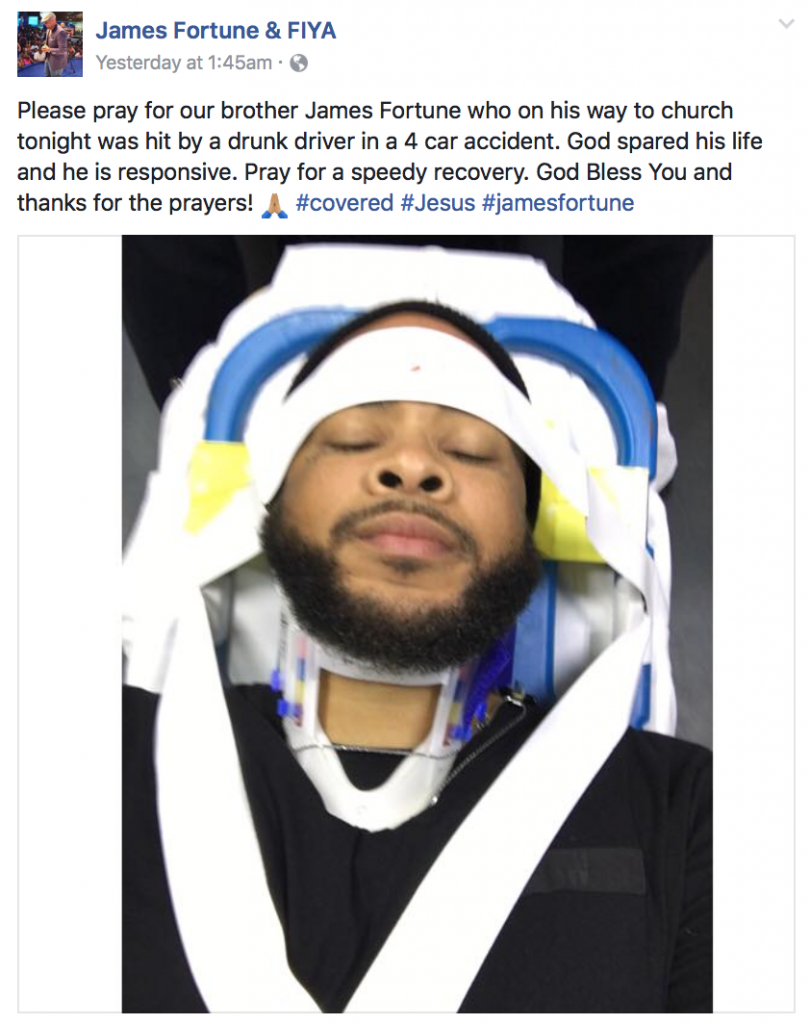 “At a red light, got hit by a drunk driver who was actually running from someone else she had hit and slammed in the back of me which then caused me to slam into the back of another car,” he explained upon his arrival home from the hospital.

Fortune said doctors believe his neck injuries could have been far worse because he was hit from behind with no warning, but he made it out with minimal physical damage.

The coffee culture is upset.