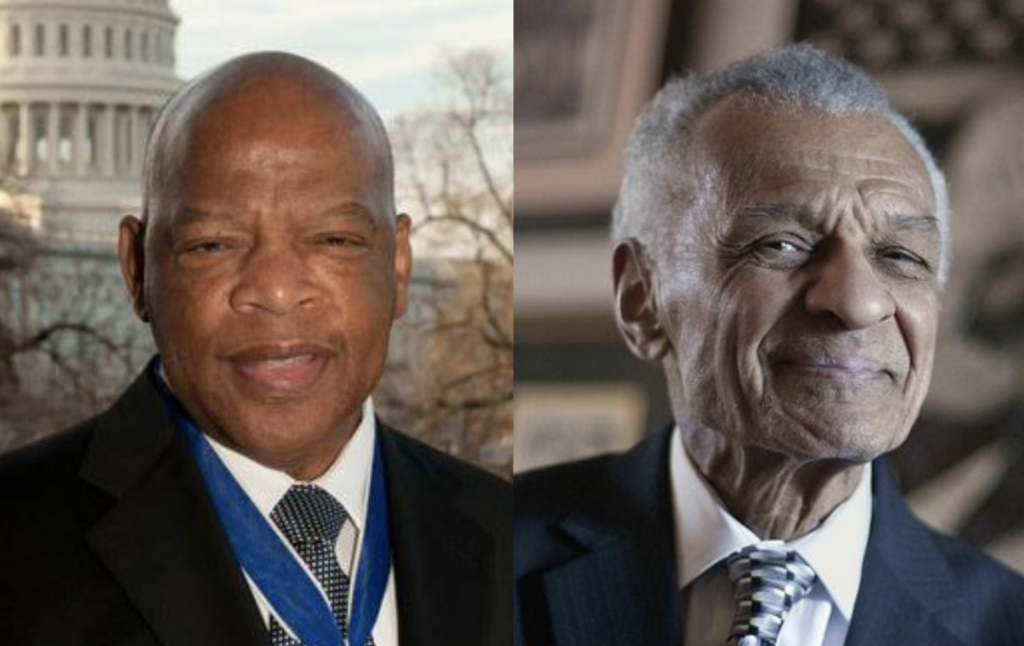 Lewis and Vivian, both of whom marched with Dr. Martin Luther King, were active in bus boycotts, other protests and responsible for a great deal of groundbreaking change in the United States.

Lewis, a Democrat who served as the US representative for Georgia’s 5th Congressional District for more than three decades, was widely seen as a moral conscience of Congress because of his decades-long embodiment of nonviolent fight for civil rights. His passionate oratory was backed by a long record of action that included, by his count, more than 40 arrests while demonstrating against racial and social injustice. A follower and colleague of Martin Luther King Jr., he participated in lunch counter sit-ins, joined the Freedom Riders in challenging segregated buses and — at the age of 23 — was a keynote speaker at the historic 1963 March on Washington.

Cordy Tindell Vivian was born July 28, 1924, in Howard County, Missouri., about halfway between Kansas City and St. Louis. But as a child, he moved to be with his mother in Macomb, Illinois, near the Iowa and Missouri borders. He went on to study theology at American Baptist College in Nashville, Tennessee, where he organized some of that city’s first civil rights sit-ins. Vivian later participated in the Freedom Rides in Mississippi and was a close ally of King’s, serving as the SCLC’s national director of affiliates. Over the years, Vivian said he consulted with five presidents — Lyndon B. Johnson, Jimmy Carter, Ronald Reagan and Obama – on civil rights matters. In 2008, Vivian founded his own C.T. Vivian Leadership Institute, which the group says is dedicated to creating “a model leadership culture for the purpose of training and educating the new generation of grassroots leaders.”

May their legacies live on forever…

Jermaine Dolly uses Periscope to share big news: He’s gifting all of his supporters with free music on Christmas day!