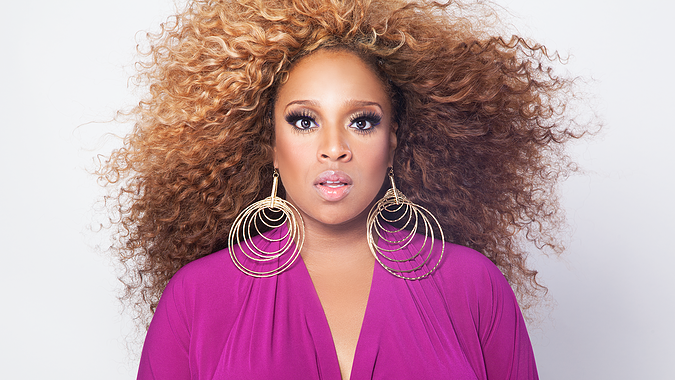 Kierra Sheard is opening the door to her personal life on iamkierrasheard.com to share experiences she thinks “will inspire otheres to love themselves.” Her most recent share touched on the topic of toxic relationships.

In a blog post titled “Dear Him and Growing Me,” Sheard transparently revealed how running her ex boyfriend over with a car once crossed her mind when she saw him walking out of a store with another woman. She described the moment as “stinging,” but was grateful God removed her from being with someone who treated her bad and allowed her to analyze the situation in that present time.

“If there is absolutely no characteristic of heaven in my relationships, I no longer want the hell that comes with it. I’m making a promise to myself to even build a better relationship with myself. I don’t want them to have space in my life nor will I allow them to have any mental space. I’m not happy with him. He doesn’t bring me happiness; I don’t even find rest there anymore. He brings me fear and worry. The bible says that Love casts out all fear but this “love” is causing fear and anxiety. There’s a flag for me to acknowledge. I’m not into the reality show drama, I have too much going for myself. The woman that he was with had platinum blonde box braids and she was very nice actually. Didn’t seem to be my cup of tea. But all of the women that he’s been with haven’t been that way. One thing I have learned in all of this, is that the woman is never my problem. I did see growth here. Seeing him walk away with another woman was perfect for me to see. It was something I needed. If I said yes to him, This would always be the story of my life. I have so much going on and there are so many others who are interested in me. But I’m just attached to him. I want the attachment broken and I want to let this be the final walk away. We argued non stop and then it was the other struggle. The good times didn’t outweigh the bad. Enough is enough. My mind is more clear without him.”

Those were the thoughts she said ran through her mind before pulling off, noting that she is still in the learning phase.

“I hope this helps someone to release whatever isn’t for them. I pray that you handle your business with class because 2 years before this, I would have chased him with the car. This doesn’t make the guy this terrible person because he has growing to do, but it did mark an expiration date on this relationship,” she said. “We as women are called to be help meets to the man we will soon marry, not project managers or half-way mothers. And they aren’t called to be financial plans, or the father that you never had. Relationships could be healthy, if we became healthy individuals before connecting. This was all apart of my growth. Let it develop you, but don’t let it kill you!”

Her eye opening testimony comes just days after the release of her new EP, LED. Click here to hear it!

“Spiritual gifts” are gifts of the Holy Spirit in the Bible.