Notice: Trying to get property 'user_email' of non-object in /var/www/wp-content/plugins/slider-by-supsystic/src/SupsysticSlider/Core/Module.php on line 142
 Kim Burrell Under Fire For Gay Comments 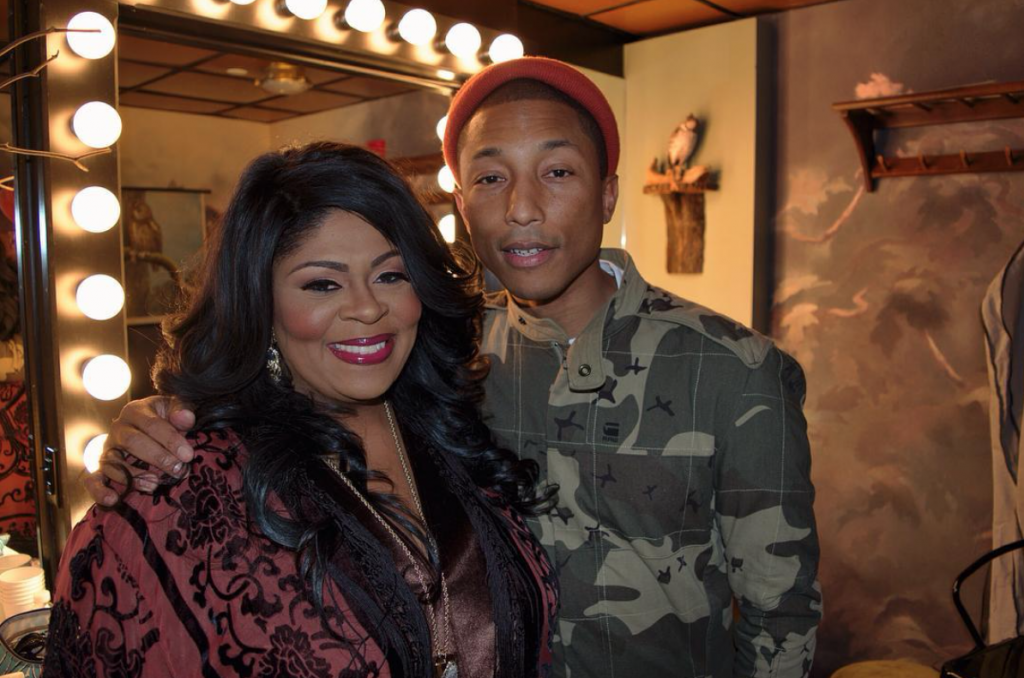 Last week, Kim Burrell gave a sermon about sin at the Love and Liberty Fellowship Church she founded in Houston where she called homosexuality “perverted,” amongst others things. While coming from the teachings of the Bible, her delivery – detailing woman/woman acts and calling out Bishop Eddie Long – seems to have fueled backlash.

Fans and others familiar responded, in addition to some of her industry peers.

While some people agreed with her, others felt her comments were hate speech or went against the love teachings of the Word. The LGBT community and supporters were just simply offended.

Janelle Monae echoed Pharrell Williams’ photo of text saying, “I feel we all belong to the same community, a shared community called humanity. And today and tomorrow and the next day I will continue to stand with other like minded people who condemn any and all statements and actions that would seek to deny the basic humanity of our fellow brothers and sisters. We cannot sit Idly by nor will we speak silently when we are confronted with such violence against members of our community. I am personally beyond exhausted by the ignorance and bigotry living in some people.”

She continued, “I will rejoice when folks stop thinking they ARE GOD, Jesus’ assistant, picking and choosing what “sins” are acceptable in the Bible, and using the Bible as a whip! WE can’t afford anymore tearing down of our shared humanity. My advice: If your religion is causing you to spew out words of hate, judge, or look down on others because of who one loves then you need to change it. And fast. If the religion don’t make you are more loving or better person, ditch it. But what do I know.”

Burrell was set to appear on The Ellen Show to perform the Hidden Figures soundtrack song “I See a Victory” with Pharrell and Janelle Monae on January 5, but Ellen (openly gay) confirmed that Burrell would not be appearing on her show anymore.

For those asking, Kim Burrell will not be appearing on my show.

Frank Ocean’s mom even chimed in for Kim Burrell to be removed from her son’s “Godspeed” single off his latest album, Blonde.

Me: Son, can we crop Kim Burrells voice out of your song??

Yolanda Adams made a note that more love was needed.

Burrell, however, defended her sermon saying she knows people are going to be mad. “To every person that is dealing with the homosexual spirit, that has it, I love you because God loves you. But God hates the sin in you and me, anything that is against the nature of God. I’m called to do what God called me to do, and that’s it, and I do it with passion … I make no excuses or apologies.” She continued, “I never said that all gays were going to hell. That never came out of my mouth … I said people who operate with that spirit in the church with deception and attack themselves are going to have to face the master.”

In case you missed the video that spurred the reactions:

What are your thoughts, gang? Are people denying truth? Was Kim Burrell out of line for speaking on it? Or was her delivery just wrong?

Israel Houghton plants a seat next to his leading lady Adrienne Bailon on ‘The Real’ to share what made their engagement night so epic.