Notice: Trying to get property 'user_email' of non-object in /var/www/wp-content/plugins/slider-by-supsystic/src/SupsysticSlider/Core/Module.php on line 142
 Kirk Franklin Boldly Addresses The Death Of Ahmaud Arbery [VIDEO] 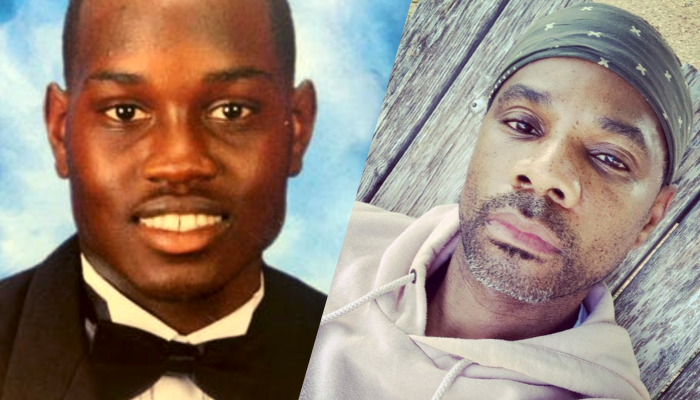 Earlier this year, 25-year-old Ahmaud Arbery was gunned down by two white men while jogging in the Brunswick area of Gerogia. Arrests weren’t made until outrage surrounding recently released footage of the video went viral this week.

“To those who continue to minimize the reality of our country’s original and ongoing sin, I encourage you to watch the video of the murdering of 25-year-old Ahmaud Arbery,” Kirk Franklin said in PSA on social media following the release of the video. “I need you to see the video. Digest it. Embrace the trauma.”

Gregory and Travis McMichael (father and son) claim they followed Arbery in their pickup truck with shotguns in hand because they thought he was responsible for a string of neighborhood robberies. For the record: He wasn’t.

Arbery was shot while trying to protect himself from one of the McMichaels men who approached him with a weapon while the other had his weapon pointed at Arbery as well and watched.

You can watch the video here (WARNING: Content is graphic; view at your own discretion).

The footage begins with Arbery jogging down the middle of a street toward a pickup truck stopped in the road. Gregory McMichael is in the bed of the truck, while his son is standing near the driver’s side door. Arbery approaches and he and Travis McMichael begin tussling. A shot goes off, and the two disappear off the left side of the screen as Arbery appears to throw a punch. Gregory McMichael takes out a handgun but doesn’t fire. A second shot is heard as the men are struggling off-camera. As they come back into view, both are still grappling with the shotgun. Arbery appears to throw a right-handed punch at Travis McMichael’s head as a third gunshot is heard. Blood appears on Arbery’s T-shirt below his left ribcage. He stumbles and falls in the middle of the two-lane road.

How long will America continue to close its eyes to the senseless murders rooted in fear and racial discrimination? Kirk Franklin’s plea for justice is a plea from us all. Watch:

DMX has been vocal about his aspirations to become a pastor and it looks like he’s one step closer.