Notice: Trying to get property 'user_email' of non-object in /var/www/wp-content/plugins/slider-by-supsystic/src/SupsysticSlider/Core/Module.php on line 142
 New Study Finds That 1 in 4 Americans Don't Believe in God - GospelGoodies.com

A study released by Barna last month revealed that one in four Americans are atheists (do not believe in God at all) or agnostics (skeptical about God but open-minded about the idea of Him).

Barna’s 2015 “State of Atheism in America” surveyed a group of people who hadn’t attended church for at least six months, and as expected, found that not all were nonbelievers, but rather, non-practicing. They identified with feeling one or more of the following:

1. Iffy about the bible
2. Untrusting in the church
3. Dissociated with church because of the hypocritical disconnect between “worldly” and “holy”

“The data show that some cities — and younger generations — are more Gospel-resistant than others. It is increasingly common among millennials to dismiss religion, God, churches, authority and tradition,” Barna Group President David Kinnaman said in a statement. “For years, some observers have claimed colleges and universities are a breeding ground for anti-God sentiment. The data does lend support to the notion that college campuses are comfortable places for young people to abandon God and assume control of their own lives.”

Of nonbelievers responses collected two years ago in 2013, it was found that:

To sum it up: The number of nonbelievers are rising and believers are becoming less engaged. Examining Christianity as a whole in the past year… 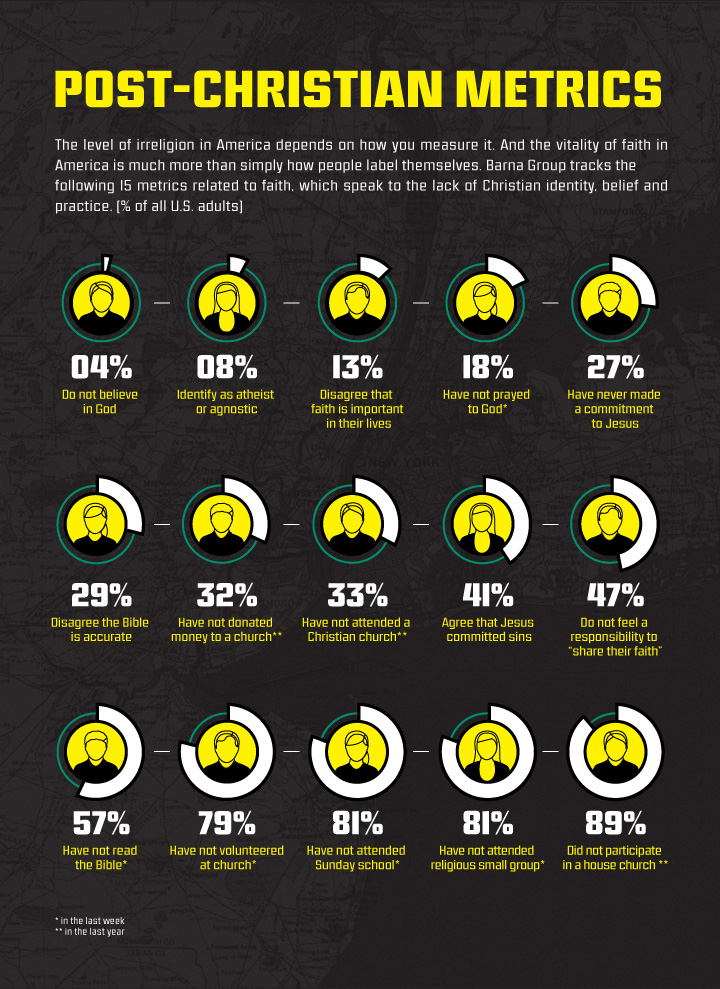 It’s a beautiful thing when people of different nations can come together and worship as a unit.