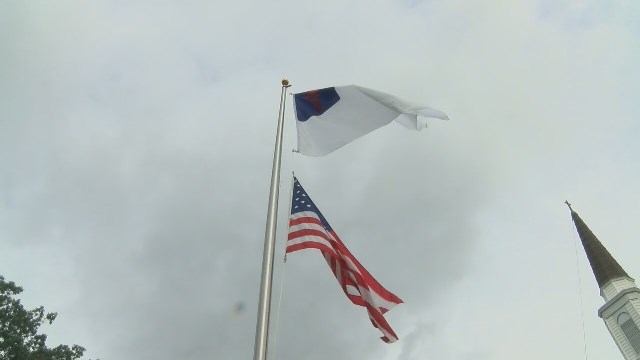 A Cleveland County, North Carolina pastor opted to fly the Christian flag above the American flag outside of his church in light of recent happenings in the U.S.

In his effort to put God first, Pastor Rit Varriale and members of Elizabeth Baptist Church gathered last week for a flag ceremony put together as a result of the recent Supreme Court decision on same-sex marriage and taking prayer out of schools.

Their decision to raise the Christian flag wasn’t mean to disrespect the American flag, but it was intended to symbolize that their “commitment is to God first,” the former army ranger and officer told Fox news.