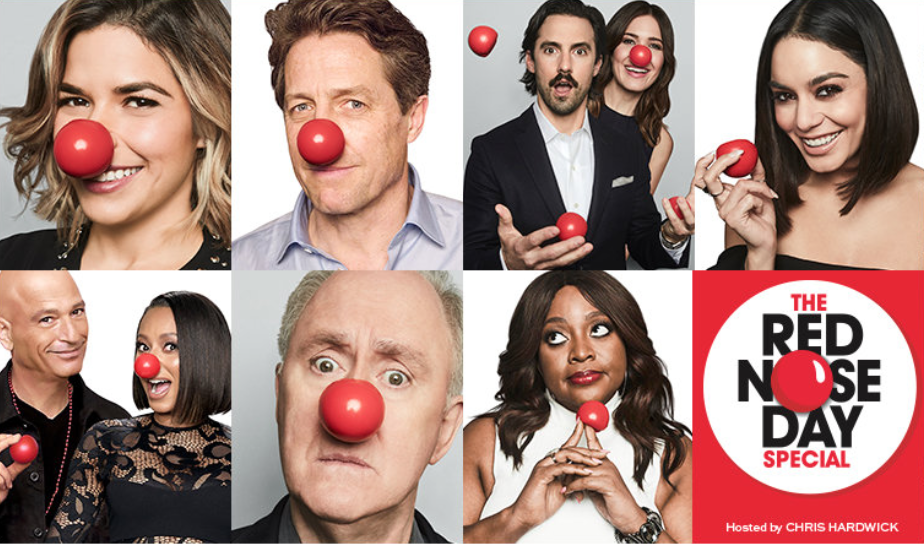 Comic Relief has teamed up with NBC for another Red Nose Day TV special to benefit child poverty. That is, serious informative news and fun, “one nose at a time.”

The “red nose” movement was created by award-winning writer-director Richard Curtis (Love Actually, Notting Hill) in 1988 in the UK and made its way to the U.S. in 2015. Amongst much support from celebs and corporate partners (you might’ve already seen the red noses in Walgreens), the annual fundraising event benefits some Christian organizations including charity:water and Covenant House. This year’s guest features include Ed Sheeran, Ludacris, Julia Roberts, Bear Grylls and more.

In the videos below, Ed Sheeran and Ludacris take a look inside the stories of two children who’ve come across hard times…

Ed Sheeran sits with Peaches, who lost her father to the Ebola crisis in Liberia and was displaced from school. She wants to sing inspirational music professionally when she grows up.

For more information and/or to donate, visit rednoseday.org.