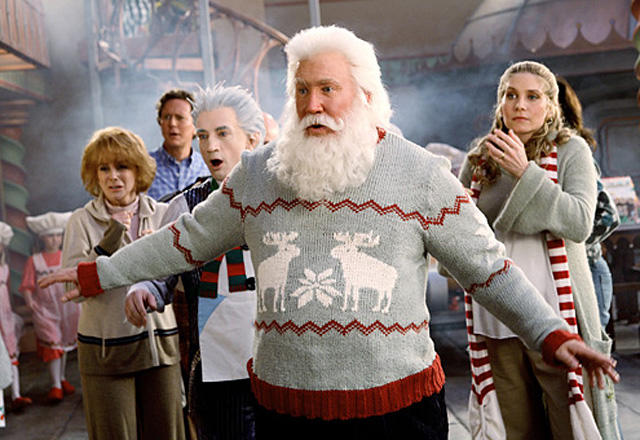 We all know Santa isn’t real, but what’s wrong with giving kids a little something extra fun to look forward to around the holidays? One pastor in Texas is pushing a local mall’s buttons all the way.

Last Frontier Evangelism preacher David Grisham of Repent Amarillo recorded himself over the weekend (December 10) telling kids Santa wasn’t real at Westgate Mall in Amarillo as they stood in line to take pictures with Mr. Claus.

“Kids, I want to tell you today that there is no such thing as Santa Claus,” he shouted across the mall. “The Christmas season is about Jesus. Jesus was born 2016 years ago. He was born in a manger in a small town called Bethlehem. And that’s the truth about Christmas.”

The incident brings up a very hot topic in the church: Is it ok to let children participate in the pagan part of the holidays? You know, Santa, the Easter bunny, the tooth fairy, etc. If you ask me, I say sure – with explanation on the truth. Grisham, clearly, isn’t here for that though.

He went on to break down why the Santa they were standing in line to see was fraud. He also told parents to stop lying to their children. And while his intentions to get the truth out were good – though some of his previous (and violent) actions reported make that questionable – his approach was all wrong. Very sure this was a shocker for the kiddies…

So, what do you think? Was this pastor out of line to interrupt kid pictures with Santa, or was he just fulfilling his duty?

JoJo Martin bounces back from life-threatening illness with new music.