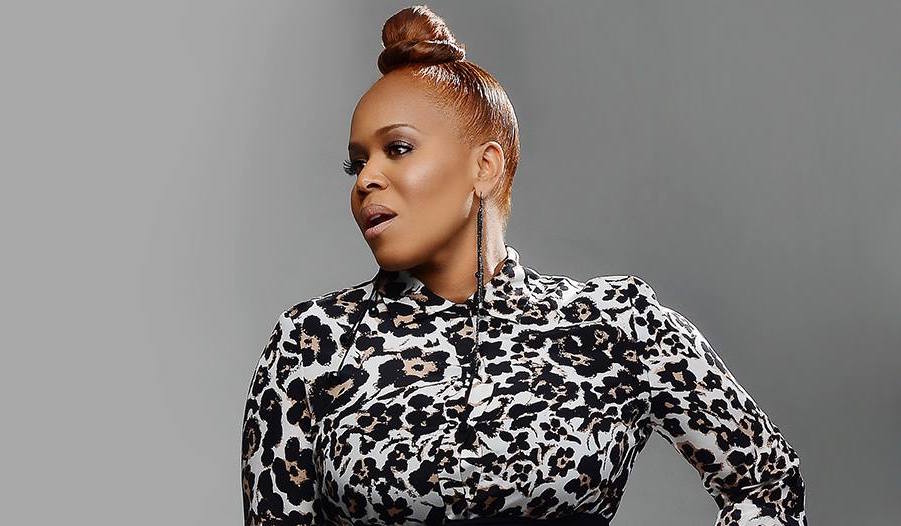 A piece of America has found itself disappointed in the majority’s choice for president, Donald Trump, and are fearful of the possibility of misuse of power. Tina Campbell, however, is choosing to understand.

The singer/songwriter took to social media earlier this week to share a note about her choice to see hope in the new leader of the United States. On a faith-it-til-you-make-it tip, she explained why she believes God will work through him on the behalf of America.

“I ask that you would please read my letter below with an open mind,” she said in a lengthy Facebook post. “If it happens to resonate with you, my hope is that you would forward it to as many American citizens as you have access to.”

Read her take on the new President Trump:

“Despite the unfortunate reality that we live in a country which is divided by our differences, misguided by ignorance and fear, obsessed with power, and overcome with greed, I still choose to believe that better days are coming. I believe that, although America and all of its leaders are far from perfect, our spiritual guidance and covering that has been granted from our initial decision to be “One nation under God,” is what has established us as the great nation that we are.

I understand that Mr. Donald Trump is our new president, not our God, so as a citizen I choose to have a sensible expectation of him, accompanied by much prayer for him, and a complete dependency on God to work through him, as well as the others that are in office, to secure the welfare of this nation. I choose to opt out of fear of the unknown but rather opt in to hopeful expectation because if God is for us nothing can successfully stand against us.

I believe that understanding and compassion is absolutely necessary for the progress of all people. So, although I don’t always understand or agree with Mr. Donald Trump’s politics, perspective, and approach, I believe that the same God that created all of us has deposited greatness inside of him that goes far beyond what many of us have seen and what many of us could imagine. I believe that God can do exceeding abundantly above all that we can ask or think, according to the power that works in us. I believe that the power that works in us is our ability to love, and unify, and humble ourselves, and forgive, and hope, and pray, and educate ourselves, and apply wisdom and hard work to knowledge. I choose to believe that that same power that comes from Almighty God is at work in Mr. Donald Trump, and it will be used for the greater good of this nation and its people.

I believe that, as the Bible establishes, and as Dr. Martin Luther King Jr.’s life has proven, we will accomplish more with love and unity than we ever will with indifference and division. I believe that fairness will build us, and fraudulence will destroy us. I believe that elected leaders should govern honorably and serve with integrity. I believe that the constituency of this nation should pray more for our leaders, and complain less about them. I believe that with God all things are possible, and without Him we are left with uncertainty, plagued with impossibilities, and ultimately destined for devastation.

I believe that neither Mr. Donald Trump, nor any of us, are the sum of our mistakes, but instead, we are the sum of the potential and greatness that God, our creator, has deposited inside of us. I choose not to discredit that potential and greatness inside of Mr. Donald Trump simply because my previous perception of him has not been as great as the God who masterminded his existence.

President Donald Trump is the elected leader of this nation so, as a citizen, I choose to be for him. This is not a statement of agreement with all that has been, nor all that will be. It is a statement of a mature, responsible citizen who knows that a perspective, a strategy, or even a fight based in understanding, love, and a willingness to work together as we move forward, accomplishes more and goes much farther than a strategy based in anger, rage, fear, complaints, utter contempt, constant disagreeableness, and noncooperation.

I’m so grateful that I have an inherent right to choose my perspective and, because of that, I choose to forgive all things that I have read, seen, and/or heard from or about Mr. Donald Trump that I deem as hurtful or offensive. I believe that transformation and progress are inevitable when love and forgiveness are at the helm of the journey. Unforgiveness separates us, but forgiveness unites us. Hate kills us, individually and collectively, but love builds and beautifies all who exercise it. And, when I say love, I am speaking of love as the Bible defines it in 1 Corinthians 13:4-8: “Love is patient, love is kind. It does not envy, it does not boast, it is not proud. It does not dishonor others, it is not self-seeking, it is not easily angered, it keeps no record of wrongs. Love does not delight in evil but rejoices with the truth. It always protects, always trusts, always hopes, always perseveres. Love never fails……”

I believe that we frame our world by what we choose to believe and ultimately by what we speak. I agree with the Bible that life and death are in the power of our tongue, so I refuse to speak death over this nation and its people by speaking ill over its new president.

I choose to believe in President Donald Trump. I choose to stand with him, and pray for him; because, as a follower of Jesus Christ and a firm believer in the Holy Bible, according to 1 Timothy 2:1-3, I have been commanded to: “The first thing I want you to do is pray every way you know how….. especially for rulers and their governments, to rule well…. This is the way our Savior God wants us to live.” My prayer is that every person in this nation who has the unalienable right to choose their thoughts, their perspective, and their words, would make this same choice.

I choose to believe that America is great, always has been great, and is becoming greater because it is in God that we trust. He is the founding father of this nation, and there is no failure in Him. I chose to believe that a people led by President Donald Trump, united under God, will never be defeated.”

Let’s work it out!