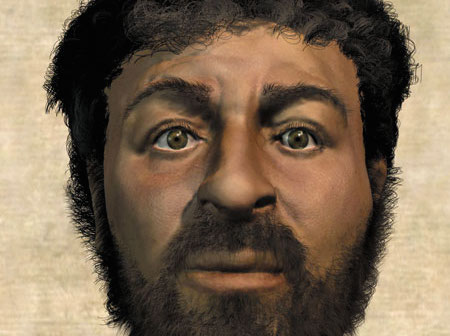 While some people believe Jesus had blue eyes and blonde or brown hair, others believe his skin was a little darker. Why this matters? Not sure. Maybe it’s just a part of history unfolding…

A few British scientists were interested in investigating the matter using forensic anthropology and they discovered what they believe is the most accurate image of Him.

How’d they do it?

They compared three skulls from archeological dig sites and came up with a head shape and facial muscles. The scientists couldn’t pinpoint the color of His skin or hair but assumed dark skin, dark eyes and the traditional Jewish beard and other hair based on same-era drawings they found at different archaeological sites in Israel.

While we should know Jesus can’t be sought or defined, could this be how he really looked?

Dee-1 shares thoughts on who else in the industry should be muted.