Notice: Trying to get property 'user_email' of non-object in /var/www/wp-content/plugins/slider-by-supsystic/src/SupsysticSlider/Core/Module.php on line 142
 3 Things People Should Consider Before Entering a Relationship or Marriage 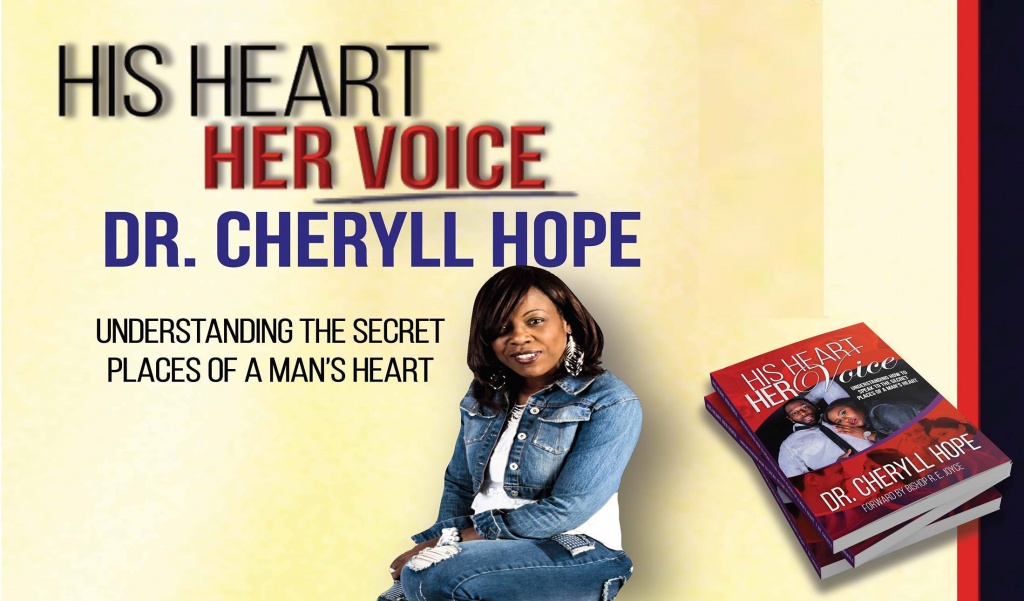 If there’s one thing we know about relationships, it’s that men and women operate completely different and sometimes that makes things complicated. Dr. Cheryll Hope tackles this idea in her first book, His Heart Her Voice: How to Speak to the Secret Places of Your Man’s Heart, due on stands March 1.

Stemming from her own divorce, His Heart Her Voice looks at the individual nature of men and women and speaks to the need for a special kind of readiness it takes to successfully grow together. Dr. Hope combined her education with research that included a bunch of eye-opening interviews with men to highlight divorce from a man’s perspective. It turns out, men hurt just as much as women. Does their outward reaction reflect their true feelings? Or is it just a tactic to spare the woman of hers? The answer may be situational, and divorce stands as the premise of the book, but the plot is built around the way communication affects any relationship.

Her hopes? To “change your perspective of the blame-game” and help men and women push through or avoid bitterness and unhappiness through understanding…

GOSPEL GOODIES: I love the light-hearted intro of your book. You were so open about your divorce.

CHERYLL HOPE: I wanted to figure out why that happened because in my own evaluation, I thought I was a good person. I know the Lord, love the Lord, I’m educated. So I thought in terms of how we define a successful woman, I thought that’s who I was. I thought I had my hand on the pulse of the man that I was married to. Like most women, the divorce surprised me – the fact that things were not as great as I thought. I realized we were living two separate lives. I was in this fantasy of what marriage should be and he was in a place where he was not satisfied with the relationship. There was one day that I just took some time to do some self-evaluation.. Could it be possible that I contributed to the demise of the relationship? When I started looking at that, it was very interesting to see me from his [point-of-view] and I was not as perfect as I thought. That led me to talk to other men and that was sort of the premise for starting the research. I want to do it again. And if I want to do it again, I have to understand the heart of a man.

So his heart, her voice. What will we discover in the book?
It’s full of kind of in-your-face realities about how a man processes information. How he deals with things like child support. Our society, when we think about that, we think about a man who’s unable or unwilling to take care of his children but we don’t talk about the men who have been good fathers, and maybe the woman – for whatever reason – needs to put him through the process to take care of the kids or she’s just following what she has seen. So when you talk to a man about things like child support, things like what happens to him emotionally when the relationship is over, what we’ve see is men tend to get right back into a relationship and it looks like he’s not affected emotionally. But when you go into what we call a ‘man cave’ and you talk to men, you realize how much they hurt. We started off the book with a letter from a man to his ex-wife telling her how he really felt. How his mouth was saying ‘I don’t care if you go,’ but in his heart, he wants to cry out to her to stay. In the environment that we were in, hearing a man say that was very surprising. So things like that, how to identify emotionally unavailable men, getting into a relationship with a man who has children [and more].

It sounds like ‘His Heart Her Voice’ is for men and women.
You got it. And a lot of people don’t get that. It’s for single women getting into relationships. They’re the ones I hope to get before they make the mistakes that some of us have made. It’s also for wives who are in relationships right now, those who think their relationships are great [like I thought mine was great] and those who have rocky relationships. It’s also for men to say, ‘We probably don’t hear you as much as we should, but we’re willing to begin the conversation.’ What I found is that men are relieved that this is being said by a female. It’s for the man to kind of give him some peace and encouragement that we’re trying to fix this. We’re beginning the conversation.

I wrote down this piece where you said: “He hurts also because he doesn’t want to hurt you.” I feel like this is something a lot of women can related to, but don’t understand. Can you break down that passage?
The male mind and the female mind [are built different]. If you think about Genesis, you think about God and Adam. Adam didn’t have to have a lot of conversation, it was just him and God. When Eve was created, she was created from the inception. She had an audience. She was able to express herself to someone. She was able to talk to Adam. So we are prone – we have that natural tendency to share, to talk. And we expect that if we speak to a man, whether he’s our husband or boyfriend, that he would understand that we’re females, which means we talk from a place of emotionalism. So the man is supposed to filter that information and say, ‘She needs this, she does not need that. I can take this, I need to throw that out.’ He processes it like that. The man speaks, the woman takes it as ‘This is what he needs.’ So now he tends to be a little more careful in what he’s saying. He filters a little bit more because he thinks, ‘When I say this to her, she’s going to run with it. She’s going to pull this up 10 years down the line.’ That’s what we do as women, and most men know that. So when they speak, they speak from a place of protection. And when they break that protection is when they hurt us the most. Sometimes his quietness is not because he can not speak, it’s because it’s going through so many layers and filters – especially if he loves you. If you find a man who loves God and loves you, he’s going to measure what he says.

What are three things you think people should consider before entering a new relationship or marriage?
You should consider who you are and your readiness for that relationship. What I’m finding out as I look at myself and I look at other people, is that we talk about what we expect to get, but we seldem look honestly at the question we should ask ourselves: If the tables were turned, can I live with me? The second thing would be to look at patterns. If you have a pattern of failed relationships in the past, you need to pay attention to what those are. Find out what your pattern of choice is. The third [for women] is how ready are you for a king to come into your life? [Serving your husband], it’s a mindset. Understanding that the biblical template for women when God created Eve – this is where I get in trouble with the women – the role of the woman was to meet the needs of Adam because God said although Adam has all of this, he’s alone. Let me make someone who would fill that void in his life. If we can get to that place, which it’s not an easy thing, I think we’ll be ready.

For more info on Dr. Cheryll Hope’s book, ‘His Heart Her Voice: How to Speak to the Secret Places of Your Man’s Heart,’ visit hishearthervoice.com.

Dr. Cheryll Hope is a native of Trinidad and Tobago currently residing in New York City. She’s the mother of two young men and considers them her most valuable contribution to the world so far. As a life coach propelled by a strong desire to minimize and or eliminate divorce, Dr. Hope strives to enhance and enrich relationships and also coach couples as they make the transition from single to married.