Notice: Trying to get property 'user_email' of non-object in /var/www/wp-content/plugins/slider-by-supsystic/src/SupsysticSlider/Core/Module.php on line 142
 Ayesha Curry Is Opening A Restaurant! - GospelGoodies.com 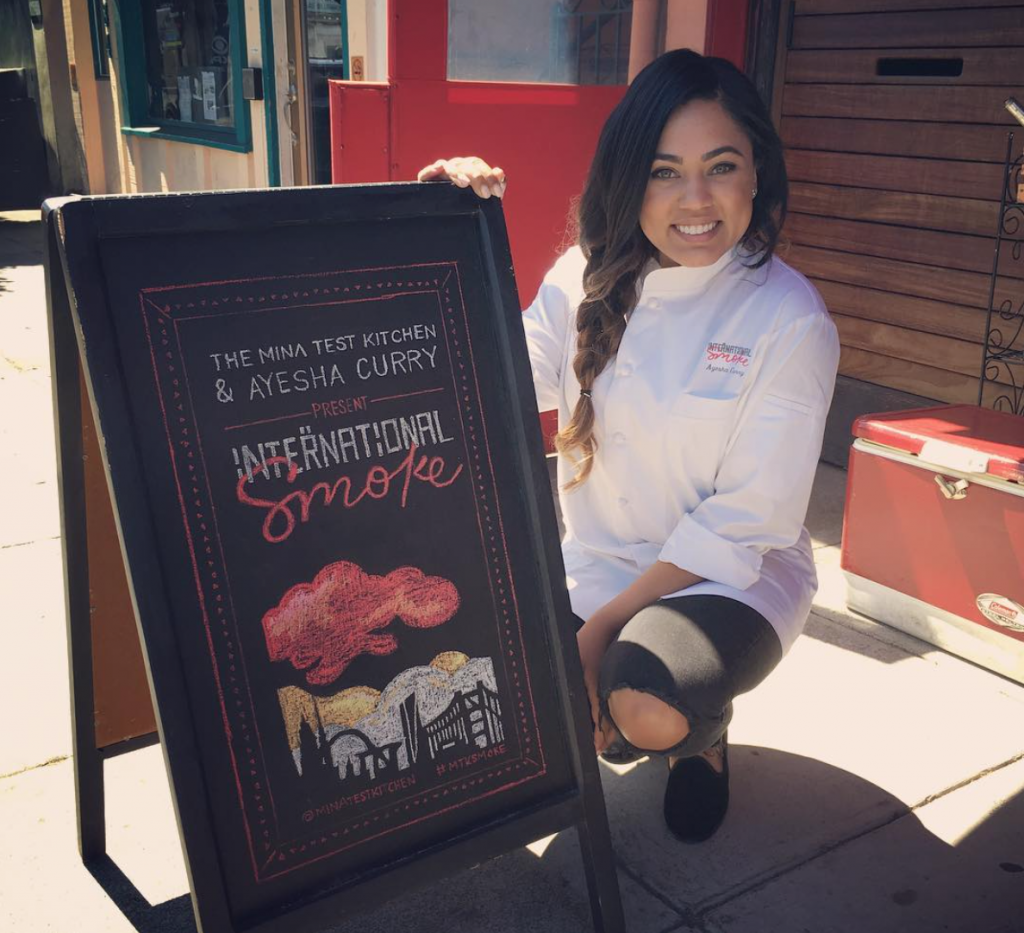 Ayesha Curry (wife of NBA star Stephen Curry) took to Instagram this week to announce that she’d be opening her own spot and the first person she thanked was God. *insert amen*

It was only a matter of time before the universe lined it up. Ayesha has already released a cookbook and has a cooking show, Ayesha’s Home Kitchen, on the Food Network. It had to happen. And it gets real come mid 2017.

via PEOPLE:
Due to the success of Curry’s pop-up restaurant, International Smoke, with chef Michael Mina in 2016, the pair was able to develop as a permanent flagship restaurant of the same name in San Francisco’s Millennium Tower. The eatery is expected to open in the fall.

Anybody want to take a road trip this fall? 🙂

Well… the word is out. I will be opening up my first restaurant in SF!!! I can't scream loud enough how grateful and humbled I am by this blessing! Thank you Jesus! It's been so hard to keep this to myself and I'm so happy to finally share the news. This will be our flag ship #InternationalSmoke restaurant. The pop up was so successful and I am excited to turn my dreams into a reality with @chefmichaelmina and The Mina Group. Nothing brings people together like food. Nothing brings family together like BBQ… elevated! Thank you to @sfchronicle for the love and support. Let's do this!!! @jsmcmillan @rushlowj @asobel #EatAtSMOKE #ChefAyeshaCurry ComingMid2017

Congrats are in order for Donald Lawrence and Le’Andria Johnson!