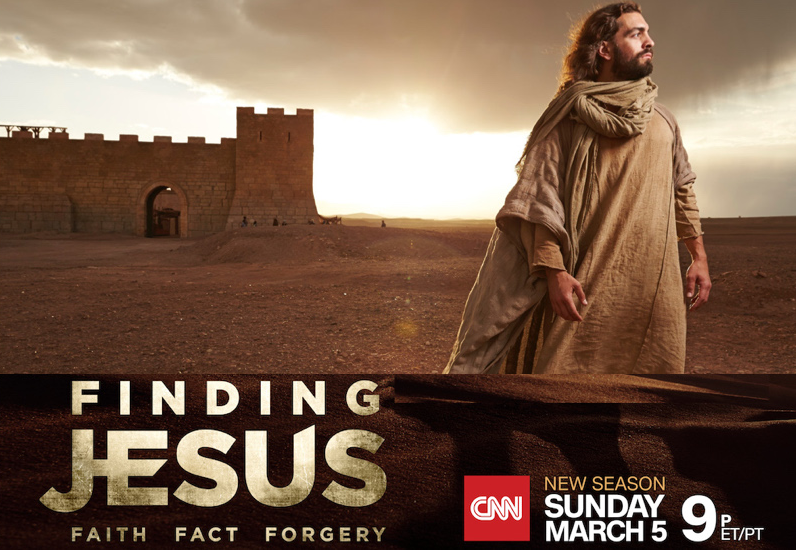 If there’s one thing we learned from talking with A.R. Bernard about the upcoming season two premiere of CNN’s Finding Jesus: Faith, Fact Forgery series, it’s that part of the beauty of it sits in imagination. Can you imagine what Jesus might’ve gone through in His journey as man?

This new season of Finding Jesus will explore that, in addition to the bones of Peter, the tombs of King Herod and Lazarus and more using evidence from research, stumbled upon artifacts and more insightfully, exclusive commentary from renowned teachers including Bernard, who’s the founder and senior pastor of the Christian Cultural Center in Brooklyn, NY.

“It’s time for us as Christians to be so rooted in our faith that we can take on the questions, the doubts, the challenges. I think it’s the old testament text in Isaiah where it says, ‘Come let us reason together.’ And that’s powerful. Lets have a conersations. Let talk about this,” Bernard says. “I think [Finding Jesus] allows us to have that conversation in ways we would not normally have.”

In the interview below, Pastor Bernard discusses his role in the series and further explains why it’s important to explore and engage the context of Jesus’ story and those around Him.

Finding Jesus: Faith, Fact Forgery premieres on Sunday, March 5 at 9 p.m. ET/PT on CNN. Turn your volume up a little and press play to hear A.R. Bernard’s take on it…