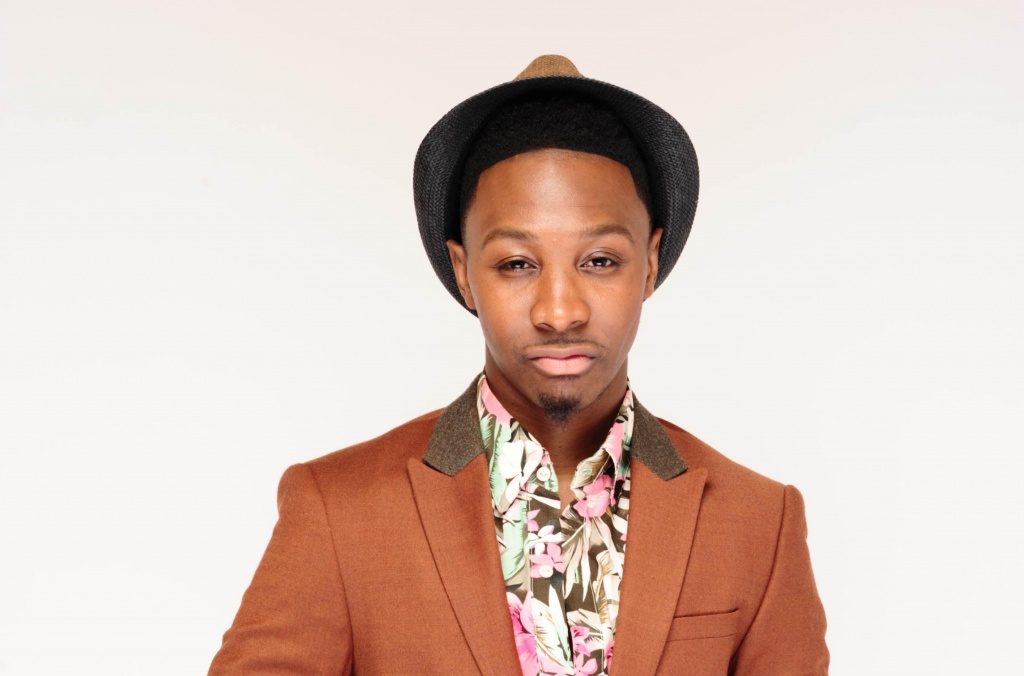 It’s almost a given: When music runs in the family, it’s hard for it to miss you.

Therron Fowler, the son of the late E. Ricky Fowler, found himself in that boat throughout much of his life. And while the passing of his father made him lose interest in singing back in 2008, it didn’t take him long to coast back to what he discovered was his calling.

“I remember feeling broken and lost,” Fowler says. “I lost my zeal for singing. I was often reminded of how much I sounded like my dad and everything became a reminder, even my own voice which was too surreal for me, but God really had a plan for my life.”

Now, a 27-year-old music teacher and singer in Maryland, Therron is gearing up to release an EP and just wrapped up a tour with his aunts (The Serenity Sisters) overseas. Read on as he dishes on the tour, new music and his fresh style in an exclusive Q&A below…

GOSPEL GOODIES: Tell me about your upcoming EP.
THERRON FOWLER: I’m not able to reveal a name for the EP just yet, but my single will be out in the beginning of March. It’s called “Walk With Me.” I’m really excited about it. It’s getting a lot of buzz.

I can kind of guess, but what’s “Walk With Me” about?
“Walk With Me” is about God walking with me. For so long I’ve tried to do things my way, walk alone, and have not been successful. I’ve always been taught to put God first, so it’s one of those songs that reassures that God will never leave or forsake you, and this time around, I’m not going anywhere unless He comes along with me.”

You’re known for your unique style. Where does the new track fit into that style?
Very soulful. I love the Motown era but I’m also very versatile when it comes to what I listen to so that kind of comes out. I like pop, I like gospel, I love country, I love jazz. Those are a lot of elements you find in my music.

Are you going to be working with anybody on this album?
We’re thinking about it [but] on my EP I’m really battling with just allowing people to get a feel of who I am as an artist without any features.

If there’s anybody you could work with, who would it be?
On another album, maybe in the future, I would love to collaborate with Stevie Wonder one day. Mali Music, Jonathan McReynolds. I’m a big fan of Pharrell and Bruno Mars.

They all kind of fall into the soul and pop ideas you just mentioned. And you come from a long background of music, singing in the family with your dad, going on tour with your aunts. Can you tell me more about that tour?
We [started] off in Milan, Italy. My aunts [The Serenity Sisters] went last year. They really wanted to change things up this year, adding new faces so I was honored when they called me. It kind of brought things full circle. They used to sing background for my dad, so here I am some odd years later doing this music thing and they give me an opportunity to not only sing with them, but to open up.

How do you balance being a teacher and with your music and traveling and everything.
It’s very hard. I’ll just say, I have a very supportive principal [laughs]. Anything I do musically, the teachers, the staff and even my students, they are always encouraging me to go out.