Notice: Trying to get property 'user_email' of non-object in /var/www/wp-content/plugins/slider-by-supsystic/src/SupsysticSlider/Core/Module.php on line 142
 William McDowell To Release His First Book, 'It's Happening' 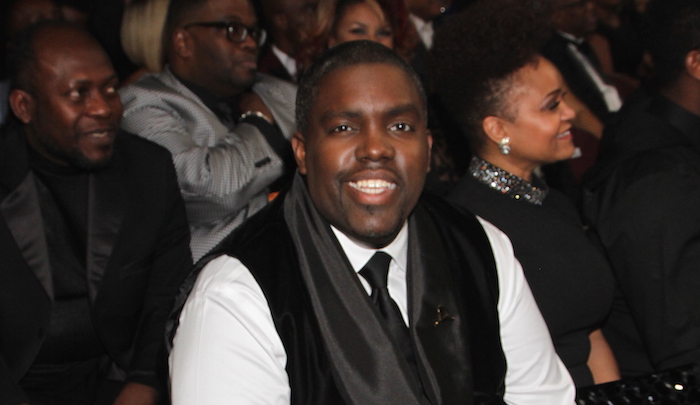 LAKE MARY, FL.—Since May 2016, William McDowell has personally witnessed more than 150 miracles of physical healing at the Orlando-based Deeper Fellowship Church he pastors. McDowell records his findings in his new book It’s Happening: A Generation Is Crying Out and Heaven Is Responding. It releases April 17, 2018 (Charisma Media).

“We’ve begun to grow quite a collection at our altar of unusable crutches, wheelchairs, and other medical devices because people are being healed,” McDowell said. “The only thing we can say about what’s happening among us specifically is that God made a sovereign decision to show us favor.”
The book documents the recent healing, supernatural breakthroughs and salvations at McDowell’s church, and what God has revealed to him about pouring out his spirit in revival. It also examines various cries for revival in biblical scripture and invites readers to stop praying for revival but to posture themselves as catalysts for spreading it.

What God has been doing at Deeper Fellowship Church has been a long time coming. In 1998, McDowell began to experience a hunger for revival after his pastor at the time suggested that he read Tommy Tenney’s book The God Chasers. After reading the first chapter or two, he put the book down, went to his room, and began to cry out to God to have an encounter with Him. From that moment on, he earnestly cried out for revival to break out.

Throughout those first years, Pastor McDowell and his congregation had one specific prayer—to see a move of God. The first official act as a group was to take a map of the City of Orlando— nicknamed “The City Beautiful” that is the most visited city in the world—and put tears on it.

“We wept over our city—and asked God for revival. God heard our cries, and He is responding,” McDowell said. “I will not stop until I see revival across the nation and around the world. I am going to weep for it, cry out for it, pray for it, fast for it, wait for it, and live in anticipation of it.”
William McDowell is a gifted teacher, multiple Stellar Award winner, Grammy-nominated worship leader and pastor of Deeper Fellowship Church in Orlando, Florida. Apart from ministering to his wife and four children, McDowell believes the greatest privilege in ministry is serving the local church. Through Deeper (Disciple. Equip. Empower. Prepare. Encourage. Release) Fellowship Church, McDowell passionately pursues the mission of cultivating a deeper fellowship with God and His people.

Today marks the release of 21:03‘s fourth album Outsiders and group singers/dancers Evin and Torrence are confidently embracing their matured sound on the project, which…